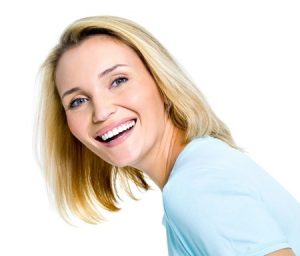 DID YOU KNOW THAT 1 IN 4 CANADIAN FEMALES AND 1 IN 9 CANADIAN MALES EXPERIENCE URINARY INCONTINENCE?

Urinary Incontinence (“UI”) is defined as any involuntary leakage of urine. UI is not a topic openly discussed in our society because it is believed that there is no real solution to this condition or perhaps for some people it is just too embarrassing for words.

GUESS WHAT? THERE IS A SOLUTION!

THE SOLUTION IS PELVIC FLOOR PHYSIOTHERAPY!

WHAT IS YOUR PELVIC FLOOR?
Most of us don’t even know we have a Pelvic Floor! The Pelvic Floor is a set of muscles, tissues, ligaments and nerves that support the bladder, uterus and rectum. These muscles also support the spine by working with the back and abdominal muscles. They contract and relax to control the functionality of the bowel and bladder. A healthy pelvic floor enhances sexual intercourse, and supports a baby during pregnancy and facilitates the baby’s delivery.

As with any muscles in your body, the Pelvic Floor loses strength when it is stretched. Your Pelvic Floor can also be too tight preventing your bladder or bowel from relaxing causing it to not empty fully. A pelvic floor that is too tight may also make sexual intercourse uncomfortable or even impossible. 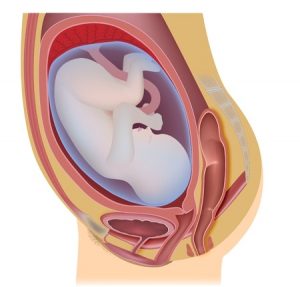 WHAT CAUSES PELVIC FLOOR DYSFUNCTION?
Risk factors for Pelvic Floor dysfunction include pregnancy, hormonal changes brought on by menopause, obesity, constipation, urinary tract infections, surgeries such as prostatectomy or hysterectomy; reduced mobility caused by anything from inactivity to stroke to disability; neurological or musculoskeletal conditions such as multiple sclerosis or arthritis; chronic conditions such as diabetes, asthma, bronchitis, heart or prostate problems; as well as some medications.

The good news is that, as with all muscles, the pelvic floor can be strengthened and rehabilitated. Pelvic Floor Physiotherapy is focused on exactly this — strengthening your pelvic floor and restoring functionality. In fact, Pelvic Floor Physiotherapy is your first line of healthcare defense (according to the 2012 Canadian Urological Association Guidelines).

A BRIEF HISTORY OF PELVIC FLOOR PHYSIOTHERAPY
Although Pelvic Floor Health is not gender specific, more women at a younger age experience Urinary Incontinence (UI), often due to pregnancy. As Women’s Health grew in prominence from the mid-1970s to the mid-1990s so did the development of therapies that would resolve and rehabilitate UI. Still, in May of 2007, the World Health Organization (WHO) continued to refer to incontinence as one of the last medical taboos. By its nature (and location) it is something we don’t talk about so we end up putting up with it rather than rehabilitating it.

Here are some facts and figures from The Canadian Continence Foundation (May 2007) for your consideration:

WHEN SHOULD I SEE A PELVIC FLOOR PHYSIOTHERAPIST
Pelvic Floor Physiotherapy may be the right treatment for you if:
• You don’t feel empty after you go to the toilet
• You go to the toilet more than 8 times a day
• You wake up more than twice a night to go to the toilet
• You have chronic pelvic pain
• You leak when you lift heavy object, sneeze, laugh, play sports or exercise
• You strain to empty your bowel
• You have pain when you have a bowel movement
• You have uncontrollable wind
• You are chronically constipated
• You experience painful intercourse
• You have been diagnosed with chronic prostatis (Class 3B)
• You have pain associated with endometriosis and dysmenorrheal
• You experience hip, low back and sacroiliac joint pain that has not responded to traditional care techniques

A Pelvic Floor Physiotherapist will diagnose the correct cause of your pelvic pain and/or incontinence and develop an effective rehabilitation treatment plan for you. For example, one of the basic exercises used to strengthen the pelvic floor is called the Kegel. Research has shown that women who learn how to perform the Kegel from a pamphlet get it wrong 50% of the time which may, in turn, cause the condition to worsen.

IS AN INTERNAL EXAM NECESSARY?
Assessing the pelvic floor without doing an internal exam is like your doctor using a stethoscope to listen to your breathing through a heavy sweater. Research has shown that when pelvic floor muscles are assessed through an internal examination the treatments carried out by a Physiotherapist have a greater success rate. The Physiotherapist performing the exam is a highly trained, considerate professional who will discuss the procedure with you before performing the exam.

IS A REFERRAL NEEDED FOR THESE SERVICES?
Ace Physio does not require a referral for these services. If you have Extended Health Care coverage, however, please contact your insurance provider to find out if they require a doctor’s referral in order to access your Physiotherapy benefits.

CONTACT INFO
Please call (416) 900-6653 for further information concerning rates, booking appointments and any questions you may have for our Pelvic Floor Incontinence Physiotherapist.

For your convenience we offer flexible scheduling Monday through Friday as well as Saturday appointments.  Ace Physio is conveniently located at 2 Carlton Street, Suite 601 in Downtown Toronto.  If travelling by TTC, get off at the College Subway stop and take the north-east exit.  If driving, in-building parking is accessible from Wood Street, one block north of Carlton and Yonge.

So if you’re looking for physiotherapy with a difference, call our friendly staff at 416.900.6653 or book online.

In building parking is available from Wood St (1 street north of Carlton).